A country that lives up to its legacy

Typically viewed as a beautiful tourist destination by many Europeans, Bulgaria is also an IT gem ready to step into the limelight. Once the Silicon Valley of the Eastern Bloc, the country has managed to save its tech excellence and expand its legacy with numerous corporations such as SAP, VMware, HP, and Microsoft having local offices with a key international role. Thanks to an exceptional math and IT education, striking similarities to Nordic culture, and decades-old computer engineering traditions, Bulgaria is the top choice for finding some of the best software developers in the world. 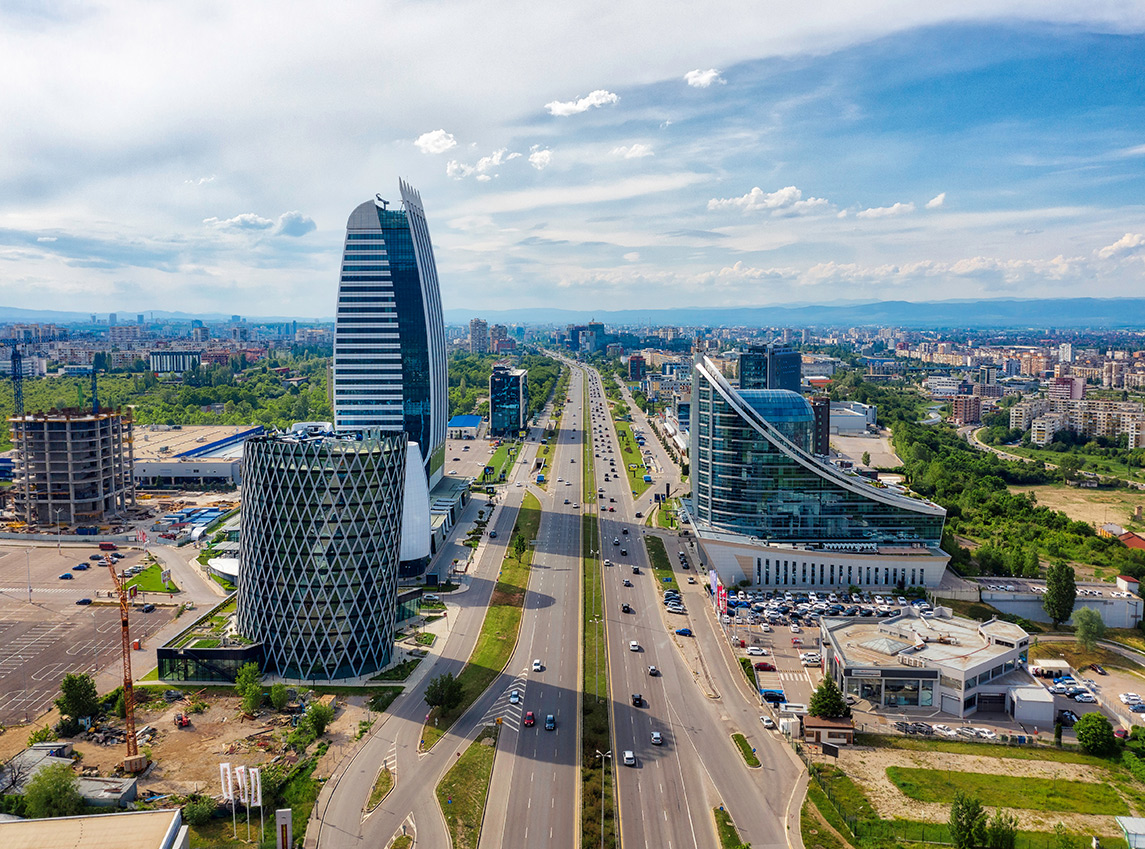 Bulgaria has a vastly expanding IT talent pool with over 70 000 full-time employees and nearly 6 000 new IT graduates every year. According to Eurostat in 2019, 28% of the people employed in the industry were women, which puts Bulgaria in the lead among EU countries.

Globally, Bulgarians are often considered top-performing software developers with excellent knowledge and expertise in PHP, Python, Java, Node.js, among many others. In terms of language proficiency, nearly 60% of the workforce in Bulgaria aged 25-34 speaks at least one foreign language. Additionally, in 2020 the country ranked 20th in the EF English Proficiency Index, which puts Bulgaria in the ‘highly proficient’ category. 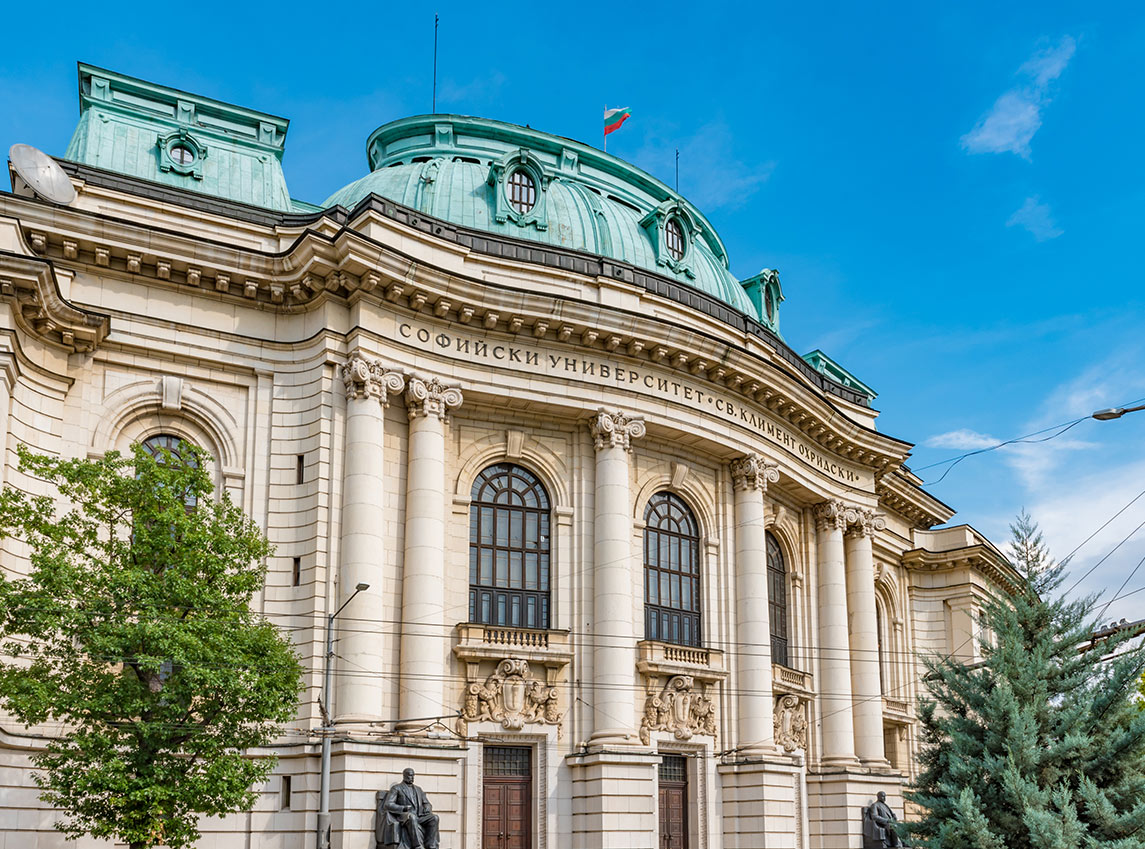 Bulgaria has a long history in building and maintaining a highly competitive schooling system with a strong focus on maths education very early on. According to InvestBulgaria Agency, there are 200+ high-schools offering ICT-focused curricula paired with a solid foreign language preparation as well as 15 universities offering majors in ICT, computer science, and engineering. And for those looking to retrain or expand their proficiency, there are numerous IT training academies that offer remote learning and allow for quickly matching the sector’s immediate needs. 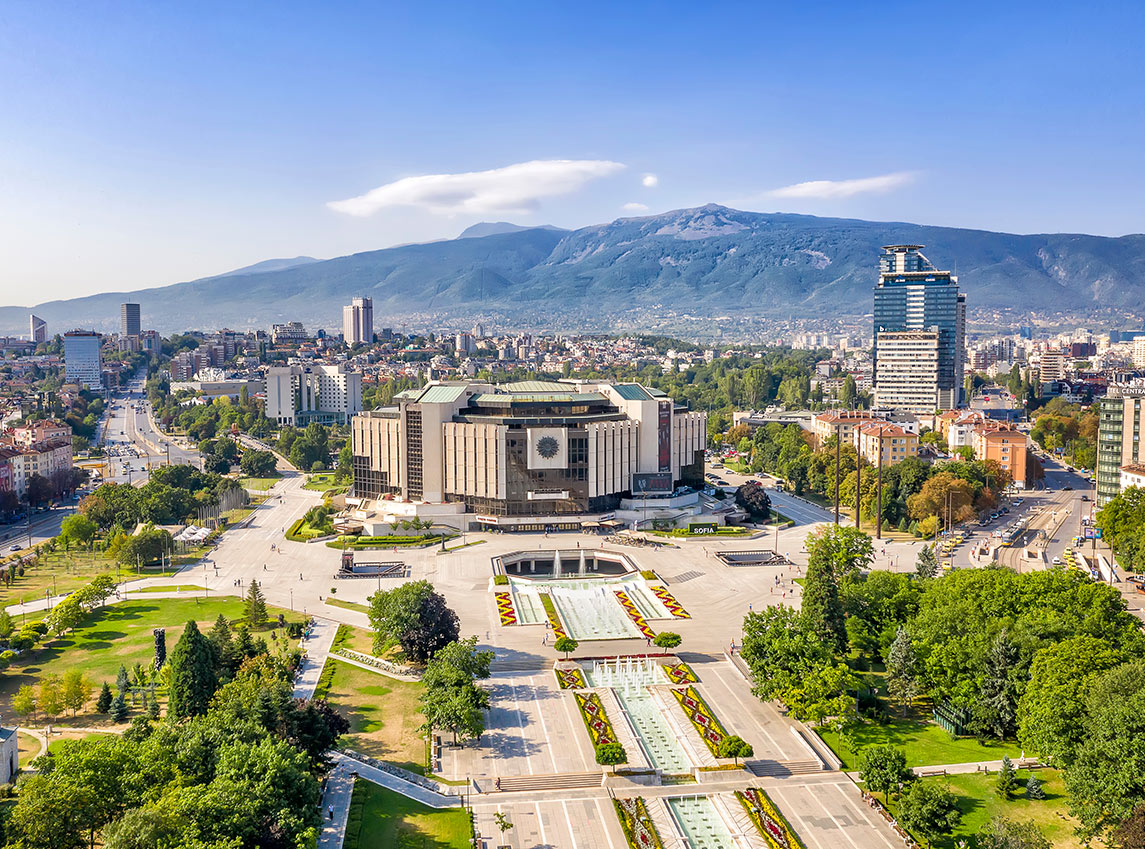 Having a strategic location between Europe and Asia, Bulgaria has always had business connections to both the East and the West. Located at the very heart of the Balkan peninsula, travelling to the country is easy from most major European cities. The time difference is virtually insignificant, which allows for communication and collaboration in real time, with no time-zone related delays. 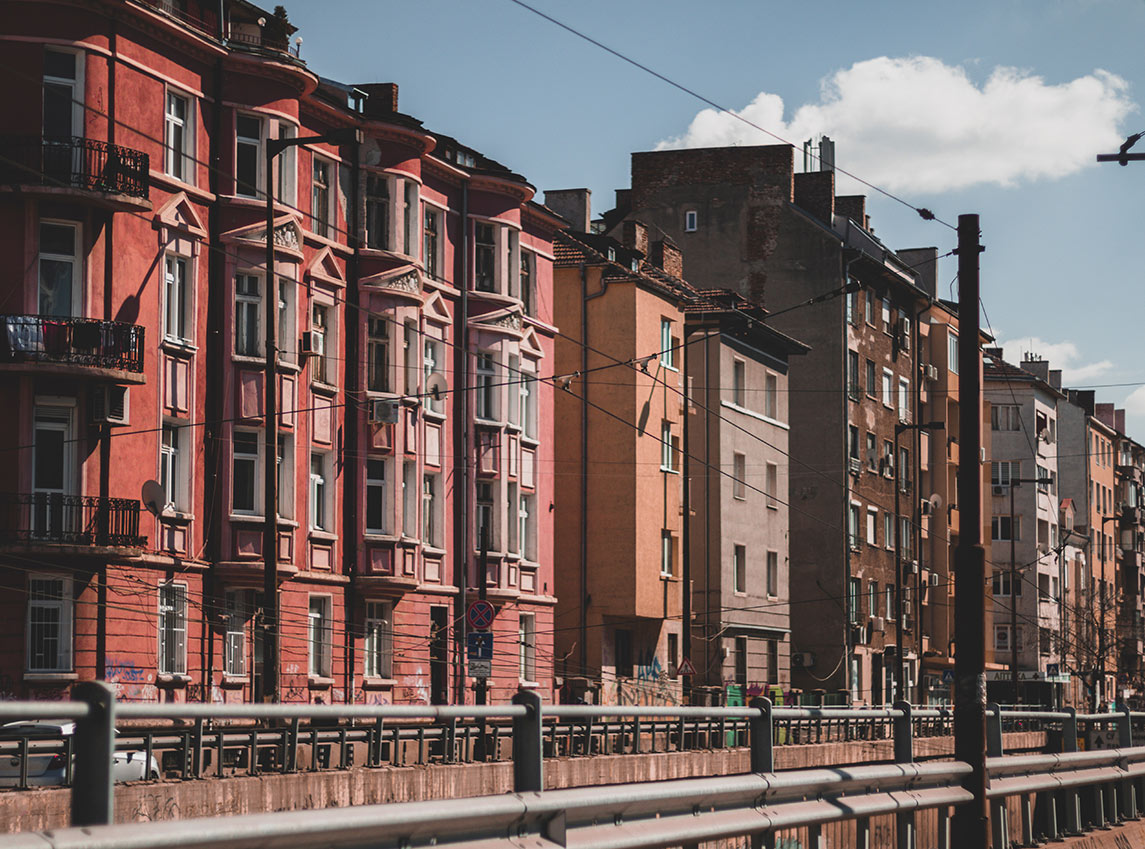 When it comes to attitude, work ethics and processes, Bulgaria bears strong resemblance to Western Europe and particularly the Nordics. For example, the open and semi-formal communication style found in both the Nordics and Bulgaria means that businesses are able to adapt to changes fast.

This opens many possibilities for long-term collaboration between Bulgarian IT talent and European companies, as it enables any business to smoothly integrate a Bulgarian developer team in its structure, covering all cultural requirements. 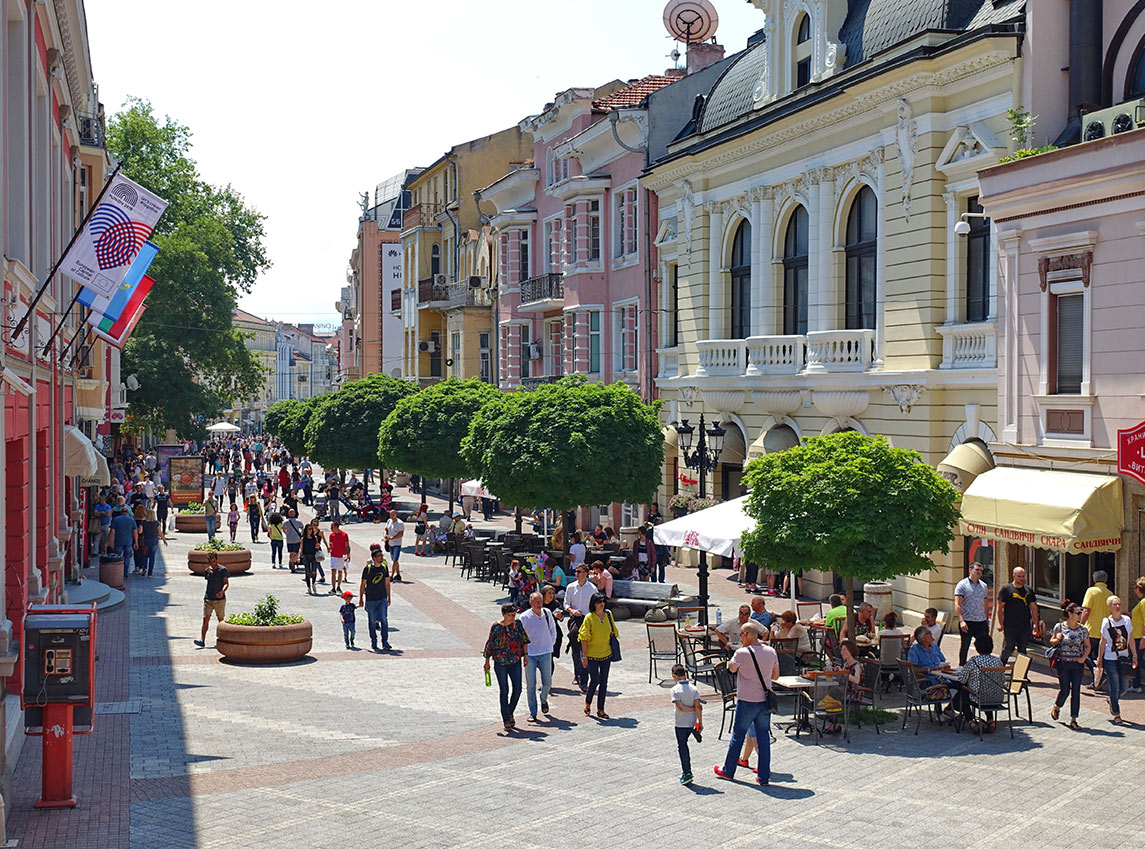 Bulgaria’s IT talent is geographically distributed between its four major cities — Sofia, Plovdiv, Varna and Burgas. Currently, the country’s capital — Sofia — hosts the majority of tech companies, start-ups and employees due to its economic leadership and institutional aggregation in the last decades. However, the second-largest city — Plovdiv, as well as the two largest towns on the coastline — Varna and Burgas, have their own share of local talent, IT education, and technology businesses that already operate courageously in the global market. 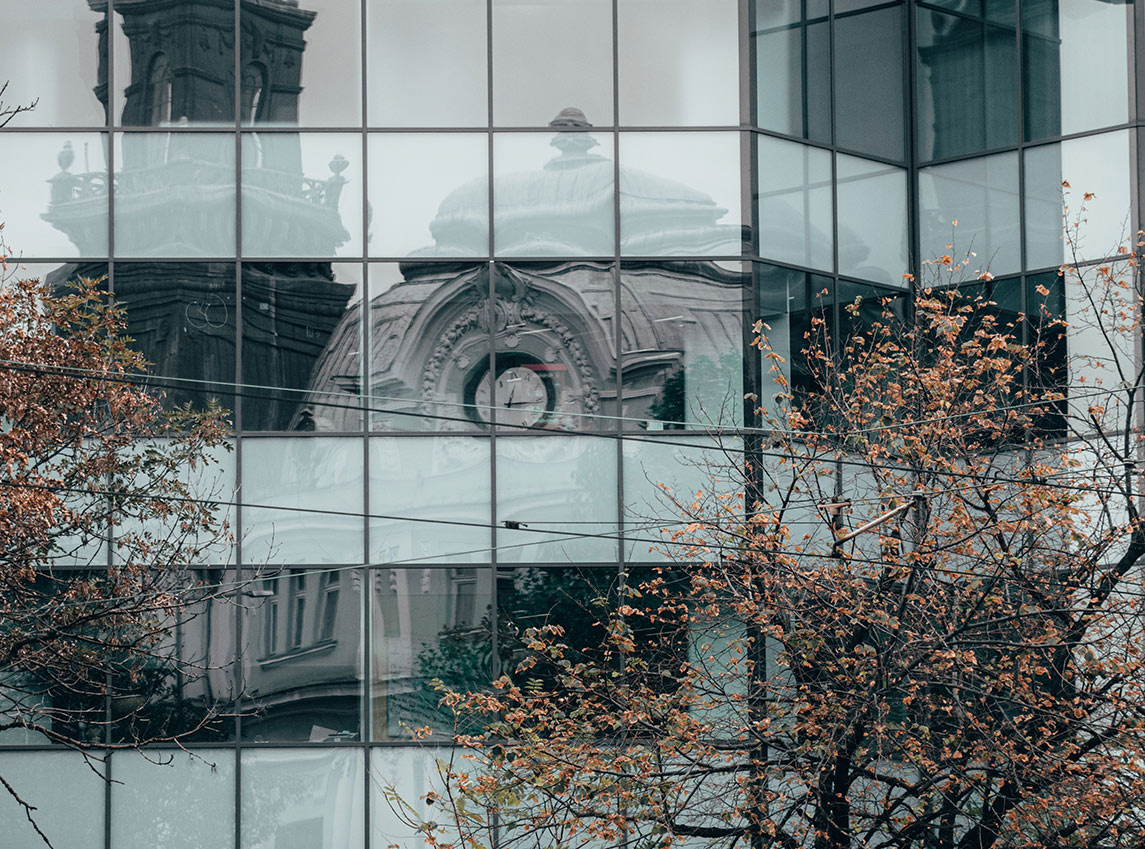 As an EU member state, Bulgaria’s legal system is synchronized with European laws, which eases dramatically any legal compliance. Moreover, being in the European Union gives the country economic stability and has accelerated its growth with the country’s real GDP jumping from 44.4 billion USD in 2007 to nearly 69 billion USD in 2019.

Why work with East

We bridge the gap by making nearshoring personal, efficient,
and easy.

Talent for any business

It is all personal

We believe the only way to find the right solution is to do it personally.

100+ delivered projects and 50+ trained teams in the last 25 years both as client and vendor.

We use cookies to ensure that we give you the best experience on our website. Learn moreAccept